Passionate hockey players just go out and “do it.”

Our Bantam Prime team played in a Rockford tournament last weekend of which 3 games were played outdoors. They lost their first game 4-1 against a very good Iowa team. They proceeded to win the next two, playing great, clean, aggressive team hockey, defensive zone coverage, puck movement etc to work their way to the championship game again against Iowa.

The crew was excited to have another chance to show Iowa what they are made of!!! Then the trouble set in. Six players on the team came down with an awful case of the flu (or similar) and were too sick to play. Often we would get a call by the team asking if they could do something about postponing or not playing…with in a tournament obviously can’t happen. But there were no calls….or complaining about the fact they had to play with a very small bench. ( in the old days we loved it , we knew we were going to get a ton of ice time! We just had to play smarter)

As it ended up the team lost 1-0 for second place. Almost as good as an accomplishment as winning with a full team. They adjusted their strategy to their limitations, and competed to the end.

Passionate hockey players just go out and “do it.” Our Bantam Prime team set the standard for playing “no excuse” hockey and working through adversity.

Very Proud of our Team! 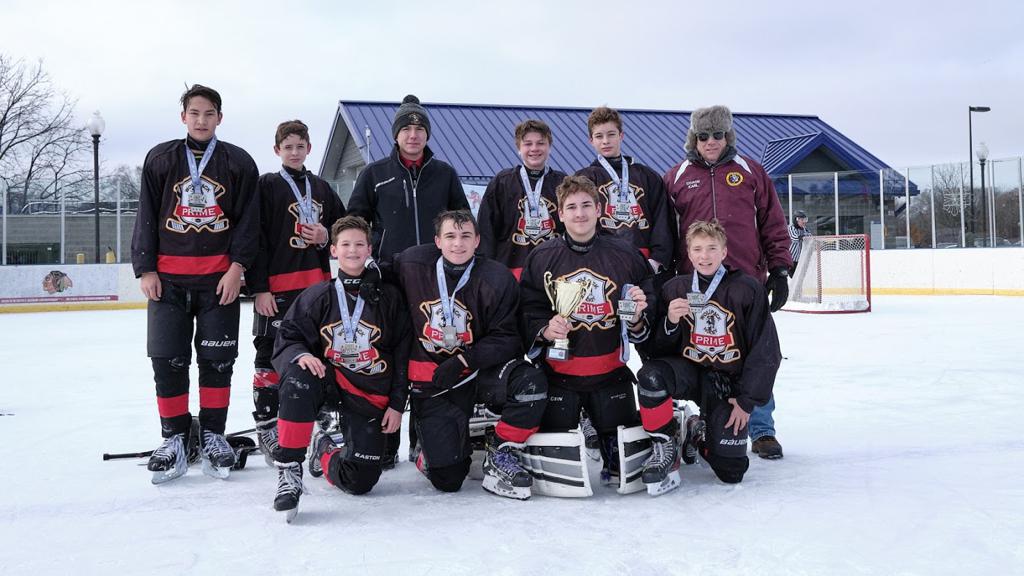