In the inaugural season of Wolf Pack Prime, our squirts have shown they are here to play hard and win big! This tournament was the second championship of the season for the Prime Squirt team and it was nothing short of fantastic hockey.

The Prime team came out strong against the NoCo Jr Eagles (Blue) from Colorado taking their first win in the tournament with a 5-1 victory. We hit the ice in Fox Valley that afternoon with a 5-5 tie against the Jr. Firebirds from Flint, Michigan.

On Sunday morning the Blue Jackets from Ohio tried to rattle the Prime team but the Prime team came to play.... and play they did. They secured a 9-3 win and now had one more game to play before another championship appearance. The afternoon game against the NoCo Jr Eagles (Red) team was a shutout with an 8-0 victory. The Prime team showed a level of respect for the game that is worth a mention as well as a shout out to their coach, Jeff Muffitt, for showing these players what the game is truly about... sportsmanship, camaraderie, and having fun. 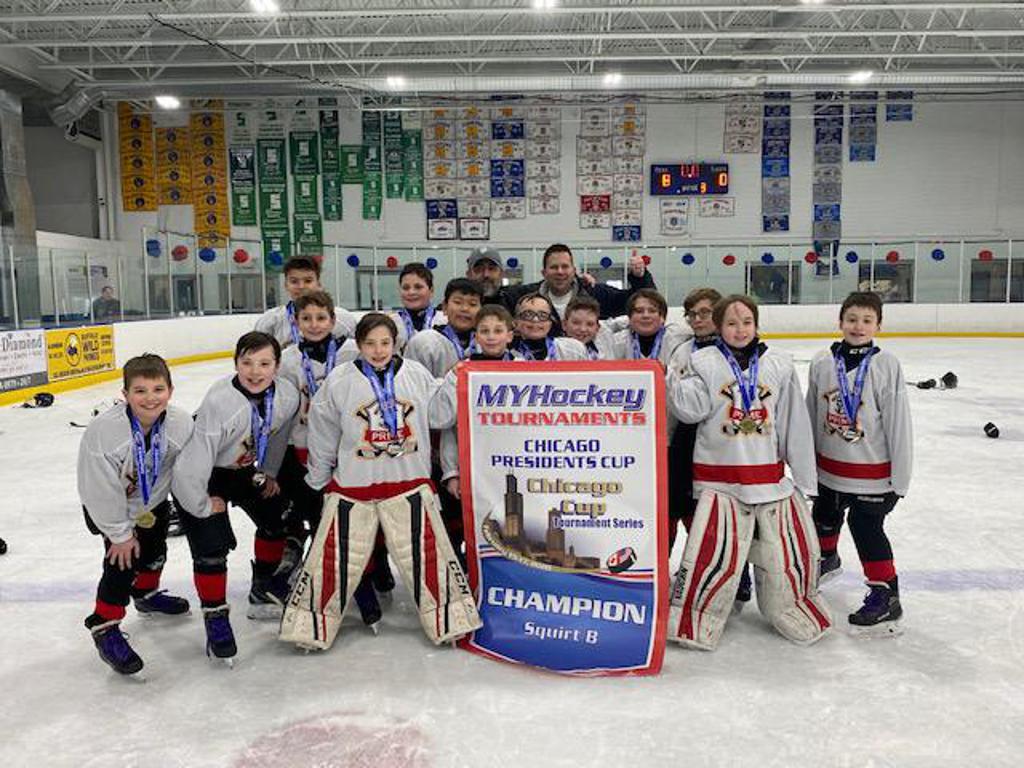