Two years ago, the 10U Wolverines brought home the coveted Irish South Bend Cup championship. This past weekend, four members of that championship team and the 9 other members of the fierce Wolverines 12U team returned to Notre Dame in a quest for another trophy for the case.

With the daytime road trip and pre-game excitement, game one started off a little slow against the Irish Shamrocks, with the Shamrocks striking first. However, the Wolverines recovered in the second and third period with 7 unanswered goals to pull out a convincing 7-1 win to set the tone for the tournament.

In game 2, the Easton Dragons began the game with the unique strategy of playing six skaters (they didn’t bring a goalie) which initially took the Wolverines off their game, adding to the challenge of a 7am EST start. Even with an empty net, time and space came at a premium and the Wolverines led by just 3 goals when the Shamrocks goalie (yes, the Shamrocks goalie!!) stepped in to even the ice at 5 on 5. With additional time and space, and great puck movement, the Wolverines were able to tack on additional goals and pull out a 10-4 win.

Game 3 against the Chicago Hawks brought on a few challenges in the passing game, which led to a relatively balanced game throughout. It was touch and go throughout the third period as the Wolverines led 4-2 late and tacked on an additional goal with 8 seconds to go to round out the 5-2 win.

In addition to the anxieties of playing for a championship, the final game brought with it the added challenge of playing in the bright lights of the Notre Dame Fighting Irish stadium ice and a hostile crowd of the home team fans of the Shamrocks. With nerves at an all-time high, the Wolverines found themselves staring down a 3-1 deficit through one period. With a calming intermission discussion and a reminder that they had beaten the same team 7-1 on Friday, the Wolverines took the ice in the second period and worked their way back with two unanswered goals to tie the game at 3. After another goal to finish out the period, the Wolverines went into the third with a 4-3 lead, which was anything but secure with a Shamrocks player already recording a hat trick. With a refreshed confidence, the Wolverines team found their stride in the third and put up two insurance goals. The Shamrocks wouldn’t go quietly as they added a goal of their own to bring the score to 6-4. After a Shamrock timeout late in the third, the Wolverines committed a late period penalty which resulted in an intense 6-on-4 advantage for the Shamrocks. The Wolverines were able to band together in the closing minutes, fighting off a passionate Shamrock rush to seal the victory at 6-4!!! The Wolverines utilized all facets of the game, prolific offense, remarkable defense, and phenomenal goaltending to pull off a true team effort championship. Were you to ask the girls, the championship was great but the experience of swimming, touring the Notre Dame campus, watching the ACC Fencing Championships, a Mardi Gras mask making session, Tik-Toks, and locker room dance parties all played a role in making this one of the most memorable trips of their lives.

Thank you to all the coaches, the team manager, and all the parents for making this such a great experience for the girls! 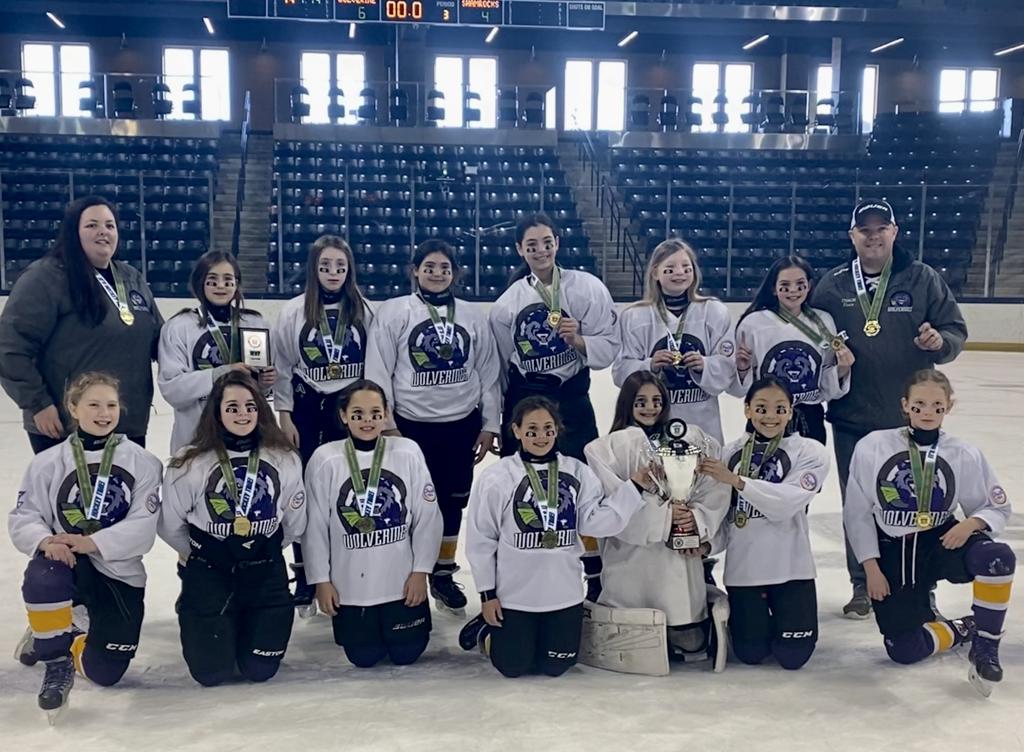