Play at a state of the art facility

Both HEParks rinks are fully renovated NHL size rinks and include new NHL curved boards.  As of fall 2020, LiveBarn is available on both rinks. When registering for LiveBarn, use promo code: FFD6-ACCA to receive 10% of your monthly subscription.

With the addition of GM Stan Dubicki and the recent inclusion of some of the most passionate knowledgeable teachers/coaches in the game gives players of all levels the very best in training available anywhere. All in a very positive and fun atmosphere. The Hockey Performance Shelf now offers off-ice hockey and athletic training that makes HEParks hockey the very best value anywhere. We Valve Smiles Over Wins!

The HEParks Hockey Club began in 2004 where it became one of the fastest growing programs to prominence at any time in Illinois.

The focus of the program is to give youth players and coaches the tools to effectively play and love the game…for life!

HEParks Hockey Club teams play in the Northwest Hockey League. Teams from Squirt (U10) to Midget (U18) play against other programs in what is termed as being a “house travel” league where players, capable of playing at a functional level are accepted on a first come basis. The league runs from September to March and teams are chosen through evaluations and when there are more than one team at any level, than the teams are chosen as equal as possible. Players are expected to all get balance ice time in games. Wolf Pack teams receive excellent training opportunities for the level of play and as much ice time or more as any other program.

HEParks Hockey Club will deliver three promises to our player. They will have fun, proper guidance and see achievement while playing for this great organization.

Fun: Our coaching staff will provide a fun and encouraging environment while they make new friends and grow as a person.

Guidance: HEParks Hockey Club will guide your player though the very beginning  of their hockey career to till move on to higher level of play or their career ends at the HEPark Hockey Club. We will do it in a fun, engaging and encouraging environment.

Achievement: You will watch  your child progress and be amazed at what they have achieved in a short amount of time on the ice. With HEParks Hockey Club's dedicated coaching staff teaching in a fun and encouraging environment, you and your child will walk out of the rink excited about all the new things they learned and they will be excited for the next ice session to learn more new things and what they have achieved.

The HEParks Hockey Club offers the person that has never skated a well-planned fun beginning to playing the greatest game on earth. Players start in our highly successful development program the Jr. Wolf Pack. We have developed some of the best players in the area and have moved on to high level competitive hockey. Were they are taught the fundamental of hockey (skating, passing, shooting, stick handling). For the players that are ready for league play, they move on the Coyotes, Wolf Pack or Wolverines (Girls team). For the player that are not quite ready for league play, we have a fun In-house league to get the final touches in preparing to play competitive team hockey. The focus at all the levels is to keep developing their skills and fundamentals to master all the techniques of a hockey player and to love the game for the rest of their lives. For those that want to play or already play goalie, we have the best goalie academy in the area with a professional staff that have been trained by some of the best goalie coaches in the area and country and train the pro goalies in the NHL and AHL. 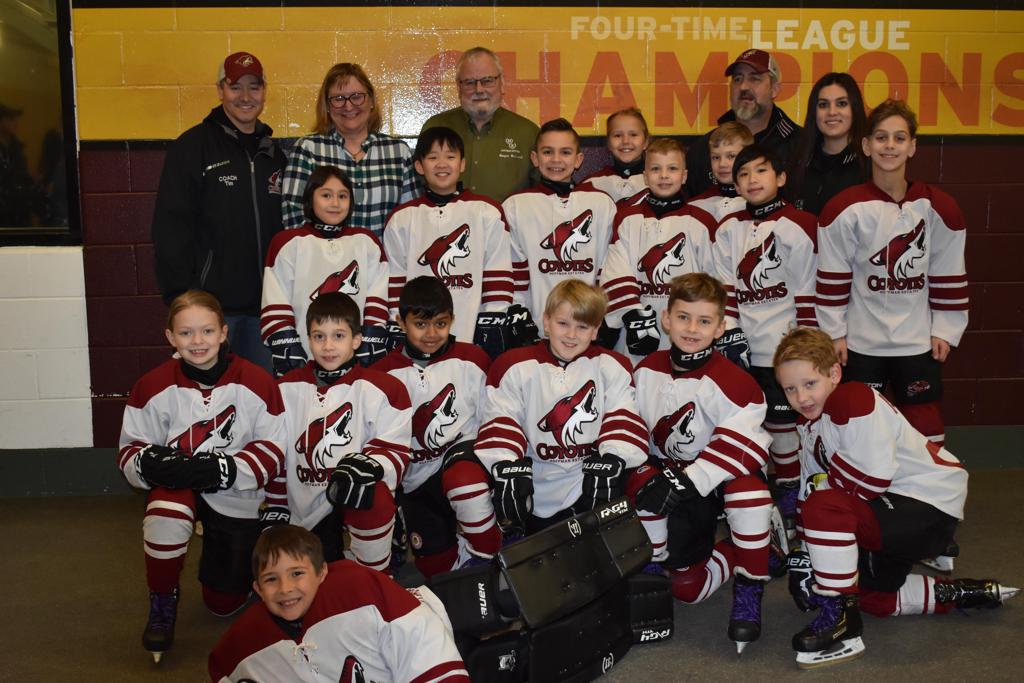